MusicBrainz FanArt.tv MixLive App
1 Live Channel
— RTÉ 2FM
Help boost our Google search ratings
Votes: 8 Average: 5
RTÉ 2fm, commonly referred to as 2FM. is an Irish radio station operated by RTÉ. Specialising in current popular music and chart hits and is the second national radio station in Ireland.
The station commenced broadcasting in 1979 and has undergone numerous name and line-up changes. In 2008, 2FM had 17% of the national audience, making it the 2nd most popular station in Ireland after RTÉ Radio 1 (23%). According to The Irish Times, the 9 am to 12 noon slot is “the most critical in the 2fm schedule both in terms of audience figures and advertising revenue”. This was presented by Gerry Ryan from 1988 until his sudden death on 30 April 2010. The Gerry Ryan Show was the longest running show in the station’s history. 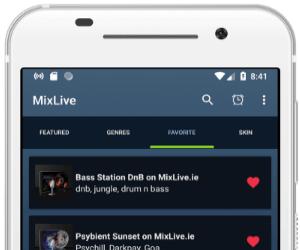 Download Our Free Radio App - Take The Tunes With You